My latest full-length album of original songs, Moments of Insanity, is available at popular download and streaming sites. The album is also available on CD at Kunaki.

Song of the Month 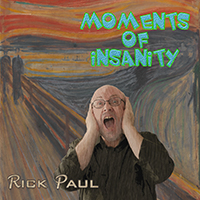 This month’s featured song is “After Us”, a song I wrote with Michael J. Parker back in 2005. The song made its initial recorded appearance back in 2009 on my Love Holds On album. This version is a newer country-flavored recording from 2020’s Moments of Insanity album, which is available at popular download and streaming sites and is newly available on CD at Kunaki.

For a complete list of news items going back as far as 1998, please visit the News Archive.